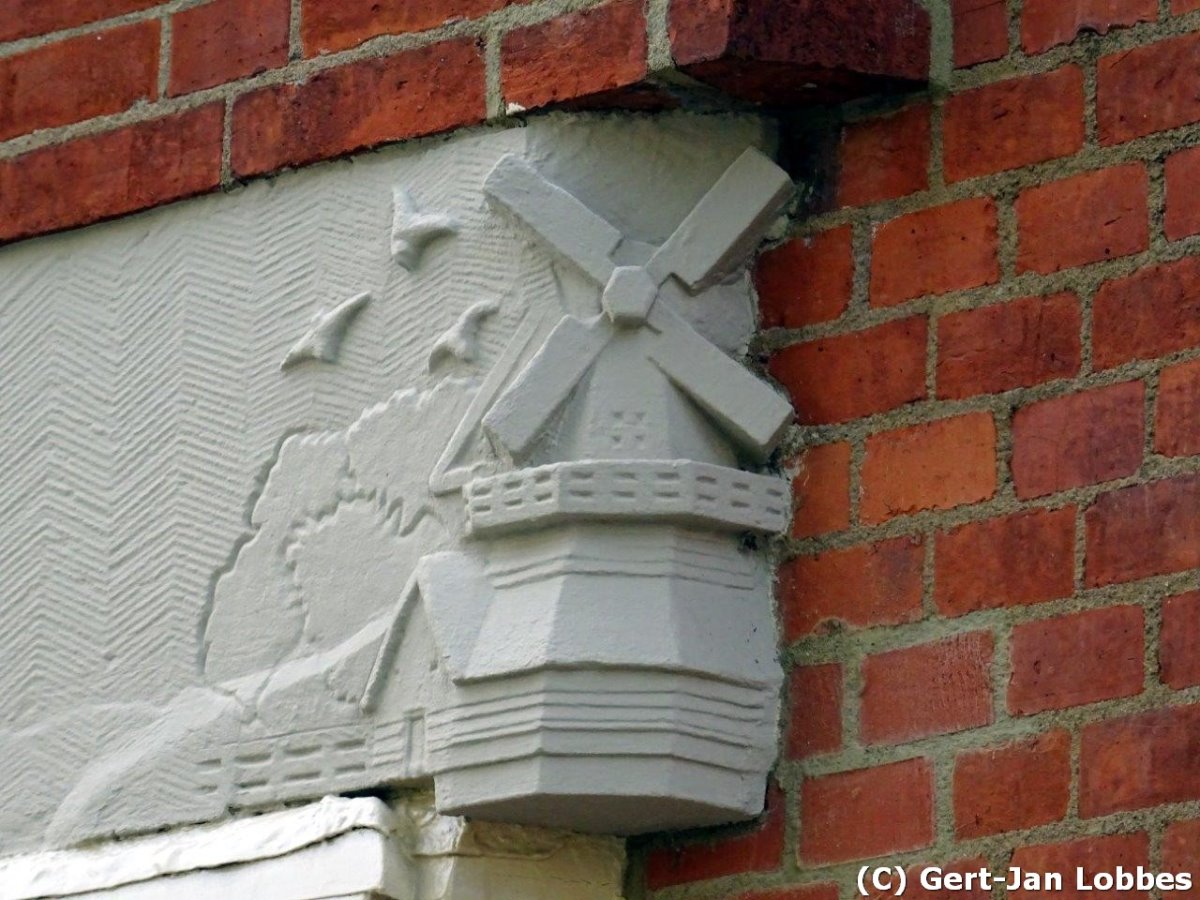 De Klerk’s housing block “Het Schip” has many ornamental elements typical of his work. The revolutionary architectural and artistic details are deeply rooted in building trade and crafts and many ornaments and artefacts are still present, but some are in poor condition. The missing ornaments and artefacts decrease the historical value of ‘Het Schip’.

From the Project proposal, April 2015:
All of these architectural and artistic details have in common attachment to the building and as such cannot be removed. These ornaments are made of unusually shaped and sculpted masonry, sculpted stone and concrete. Loose ornaments from the period however were removed or demolished during former restorations at a time when appreciation for the Amsterdamse School was low. The ornaments and artefacts still present have suffered damage from wear and tear, and are generally fairly easy to restore. The planned works includes small touch-ups and careful cleaning. An exception is the condition of the two lion headed chimneys, which is extremely worrisome. Large parts of these chimneys were badly restored during the 1978/79 restoration. Not only was the original design slightly altered, but the ornaments have been degrading at a higher rate due to use of unsuitable products. The combination of unsuitable masonry and ceramic tiles attached with incorrectly used mortar, has led to large scale frost damage. The missing ornaments and artefacts decrease the historical value of ‘Het Schip’. Some of the missing ornaments and artefacts are:
- A crown on the roof of the Post Office’s tower.
- A wooden ornament draped in lead sheets.
- Wrought iron sculptured elements on the 5 lower corners of the grand tower.
- The wrought iron spiral on the balcony next to the post office tower.
- The original removal hatches.
- Ornamental windows.
The upcoming restoration offers an opportunity to enhance the building with the replacement of missing ornaments. By restoring currently missing ornaments the appearance of the building, as a world famous example of ‘The Amsterdamse School’, will be greatly enhanced.
In order to recreate the missing ornaments the following resources and craftsmanship will be needed:
- Further construction history research with the help of the design drawings by Michel de Klerk and photo archives. This research will be conducted by ms. ing. C. van der Leeden and ms. drs. P. van Diemen who are currently working on the Construction History “Het Schip” as part of the design team.
- A cooperation between the restoration architect (ir. R. Pater), historical researchers (ms ing. C. van der Leeden and ms. drs.P. van Diemen) and conservation specialists from Museum Het Schip (i.e. ms. R. Wansing MA and mr. T. Heydra MSc) in order to design drawings of the missing ornaments. The designs will have to be approved by specialists of Dutch Cultural Heritage.
- Making of several ornaments, as stated above: by craftsmen, preferably apprentices under supervision of a master. For this part the design team is still searching for a suitable   contractors.
- Documentation of restoration work, made by the design team under auspices of the historical researchers (ms ing. C. van der Leeden and ms. drs. P. van Diemen).